Earlier this year, Google showcased a fantastic new UI design for Android Auto. It features a multi-column and adaptive UI that brings massive improvements to usability. The update was promised to be released in the summer of 2022. However, that clearly didn’t happen, but the company has finally started rolling out, but there’s a catch. 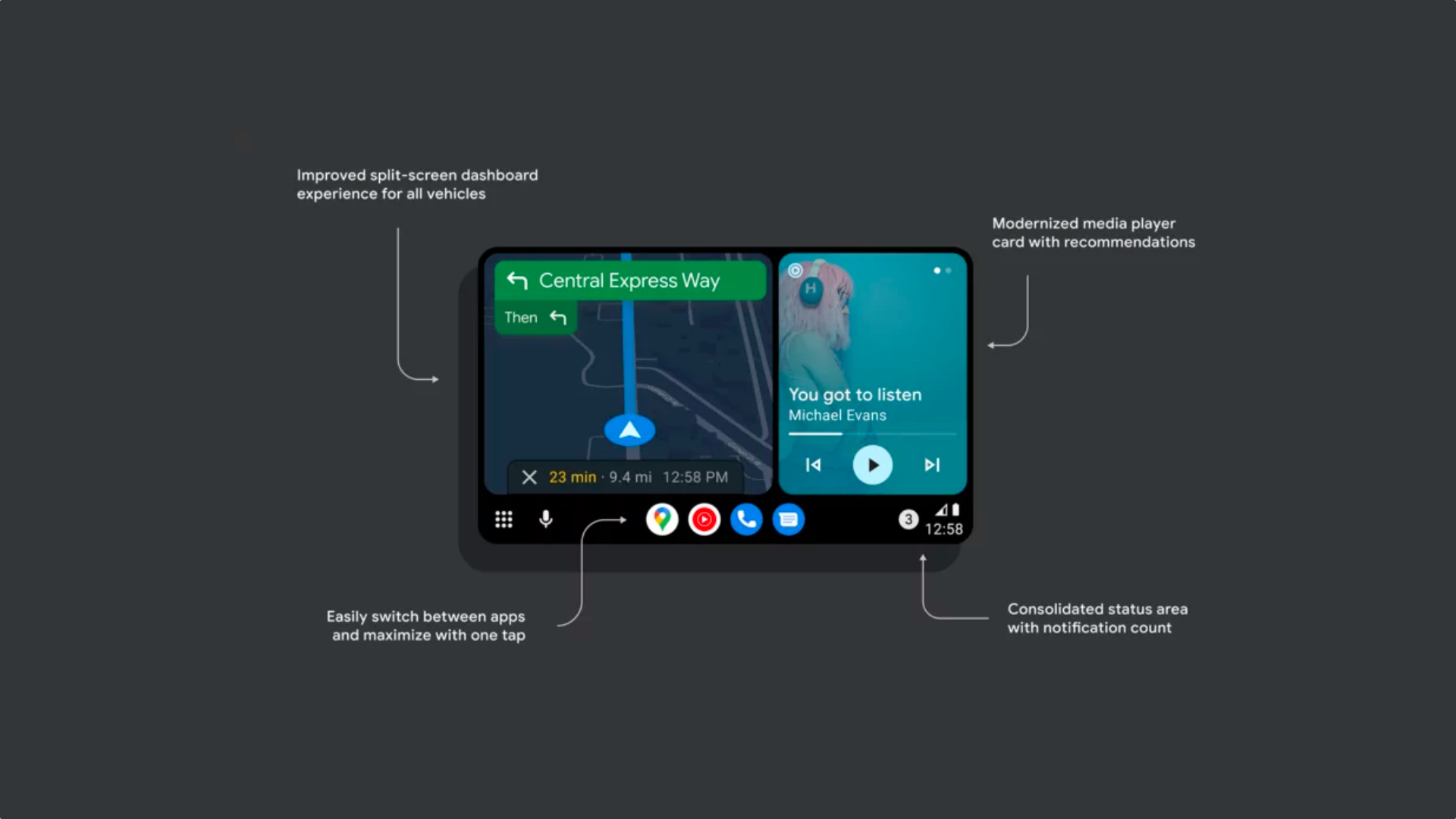 As mentioned earlier, the new version of Android Auto has an adaptive UI layout featuring multiple columns. The UI design is cleaner, richer, and easier to use. It adapts to all types of screens—portrait, landscape, and ultrawide—as it uses a split-screen UI that shows multiple widgets based on the screen size and aspect ratio.

The new version of Android Auto also brings maps nearer to the driver for better reachability based on the car model. The multimedia playback card shrinks or grows dynamically and has a newer look. There’s also an option to open maps in full-screen view. The app dock is now persistent and offers an easier way to switch between apps, similar to Android 12L’s taskbar.

The whole UI now uses Google’s new Material You design language. The status icons and notifications are now grouped in a single spot and can be accessed by tapping on the clock area. Music and media recommendations from Google Assistant can be accessed via a single swipe.