Samsung usually launches its new-generation Galaxy A series phones in early Q1 every year. In early 2023, the company is expected to announce the Galaxy A54 and the Galaxy A74, among other devices. At least one of these smartphones is expected to come equipped with a new Exynos mid-range processor, and that chipset has now appeared on the internet.

The Exynos 1380 and the Exynos 1330 have been spotted in the Bluetooth SIG database. While the Exynos 1380 was discussed multiple times over the past few months, the Exynos 1330 seems relatively new. As per the certification documentation, both Exynos processors will feature Bluetooth 5.3 support via a separate RF chip called Samsung Bluetooth Controller v6. Both new Exynos chips will be used in Samsung’s Galaxy A, Galaxy F, and Galaxy M series smartphones and tablets.

The Exynos 1330 is a new chipset, and it isn’t currently known which processor it will succeed. But if we were to guess, Samsung could launch it as a successor to the Exynos 850 or the Exynos 880. The South Korean firm’s next-generation mid-range smartphones could bring improved cameras, faster performance, and longer battery life. 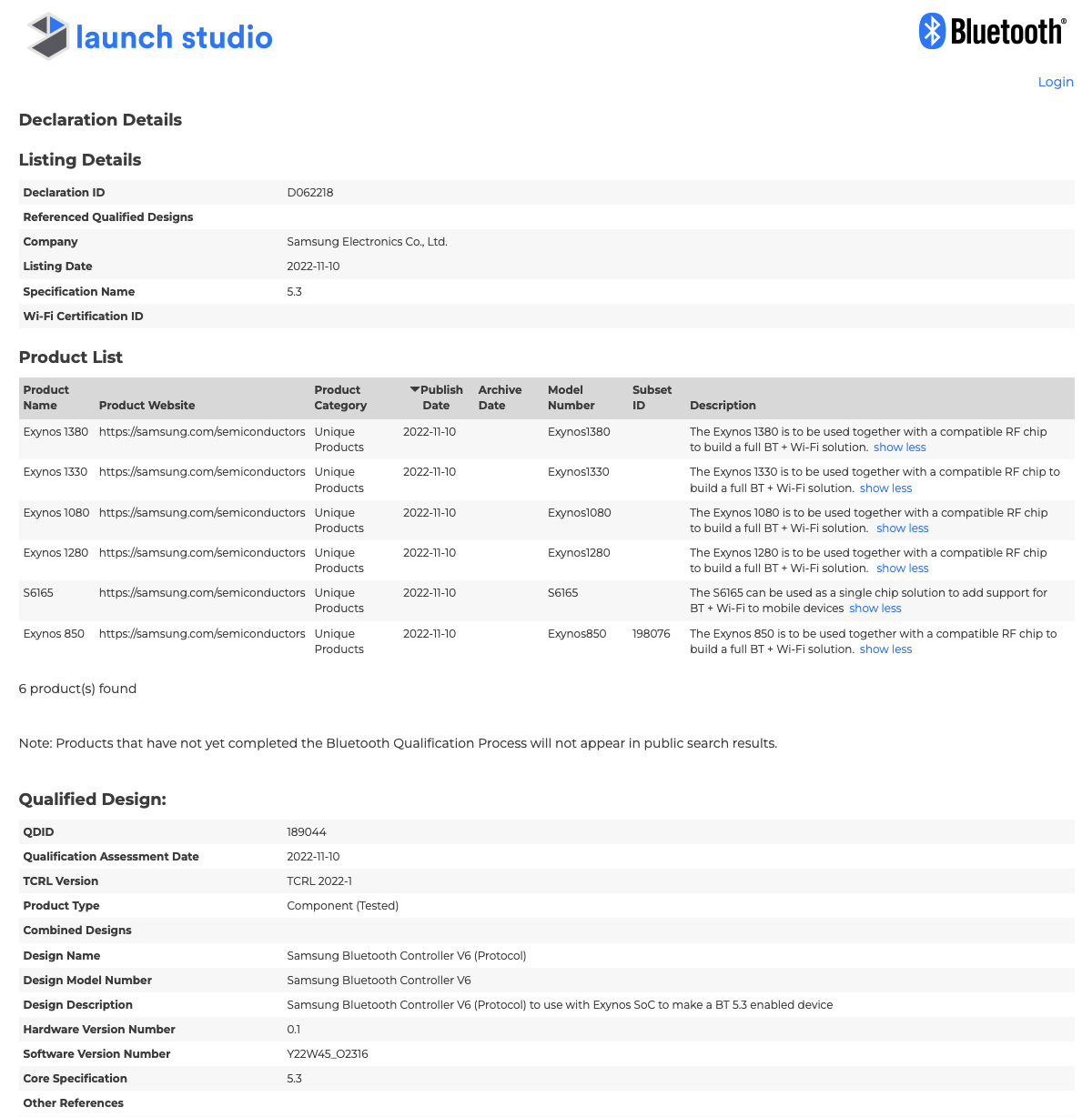