OPINION: Between nixing Ronaldo’s goal-snatching antics and eradicating the VAR wait time, new technology has been a World Cup highlight

It happened in a matter of seconds. Play had even restarted before the TV coverage finished showing the replay of the incident. It was VAR, but not as we know it.

It happened at a critical moment during the US vs Iran game. Just prior to half-time, United States striker Tim Weah had broken clear of the Iranian back line and calmly slotted past the keeper. But the joy was short-lived. The flag went up for offside.

The TV producers immediately cut to a slow motion replay, and the offside decision looked ever so tight. We’ve seen it a thousand times before since VAR was introduced in 2022. Then something completely alien to beleaguered Premier League fans occurred. 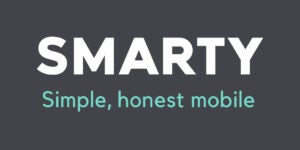 Now’s your chance to get double the data on Smarty’s £7 a month SIM card, and that includes access to super fast 5G data for streaming content on the go.

The decision had been confirmed as correct and the game had restarted before the TV directors could even resume the live coverage. No minutes-long delay, nor fiddling about with pausing footage and shifting lines arbitrarily.

I received a few texts commenting on the “fastest VAR ever!” and was able to direct pals to this article I wrote for iandroid.eu in June. The gist? The only solution to the VAR nightmare was more VAR.

This was the new semi-automated offside technology – which uses cameras and sensors placed all the way around the stadium to create a precise picture of the location of all players on the entire field – working to perfection.

The flag went up and the decision was confirmed a few seconds later.

It gives me hope that VAR might cease to be the game-killing monstrosity it’s been since the introduction at the last World Cup. My only complaint is that we weren’t actually shown the computer-generated graphic for this particular incident to give viewers the conclusive proof it actually was offside.

However, if the referees assistant’s job once again becomes to put up his or her flag when they believe the offensive player is offside (as it always was) and then have the decision confirmed (rather than made) by VAR, it would help to eliminate those awful moments when the joy of celebrating a goal is nullified by a VAR delay. Or more importantly, put an end to our unwillingness to celebrate a goal just in case.

It was the second supremely successful use of the new World Cup technology in as many days. Monday’s was even more satisfying.

As notorious goal-snatcher Cristiano Ronaldo wheeled away in celebration during Portugal’s game against Uruguay, claiming he met Bruno Fernandes cross with his head, the world collectively yelled: “He didn’t touch that!” so loudly, it could be heard on the International Space Station.

FIFA agreed, quickly crediting what would have been a record-equalling goal for Piers Morgan’s mate, to Fernandes. The icing on the cake was Adidas confirming he didn’t get a touch on the ball, thanks to the super sensitive sensors they’ve placed within the new ball being used at the World Cup.

It’s got a 500Hz IMU sensor with Connected Ball Technology that can produce a graph similar to the snickometer used in cricket. That flatlined when Ronnie attempted to get his neatly trimmed fringe on the ball. Brilliant stuff.

The ball manufacturer rubbed it in with an expansive statement: “In the match between Portugal and Uruguay, using the Connected Ball Technology housed in Adidas’s Al Rihla Official Match Ball, we are able to definitively show no contact on the ball from Cristiano Ronaldo for the opening goal in the game. No external force on the ball could be measured as shown by the lack of ‘heartbeat’ in our measurements and in the attached graphic”.

In a World Cup that’s been making headlines for all the wrong reasons, it’s nice to see technology is a positive addition to the proceedings. All I can say is, it’s a good thing tech wasn’t around a few years ago when Harry Kane swore on his daughter’s life he touched the ball in similar circumstances, when he was chasing the Premier League golden boot…