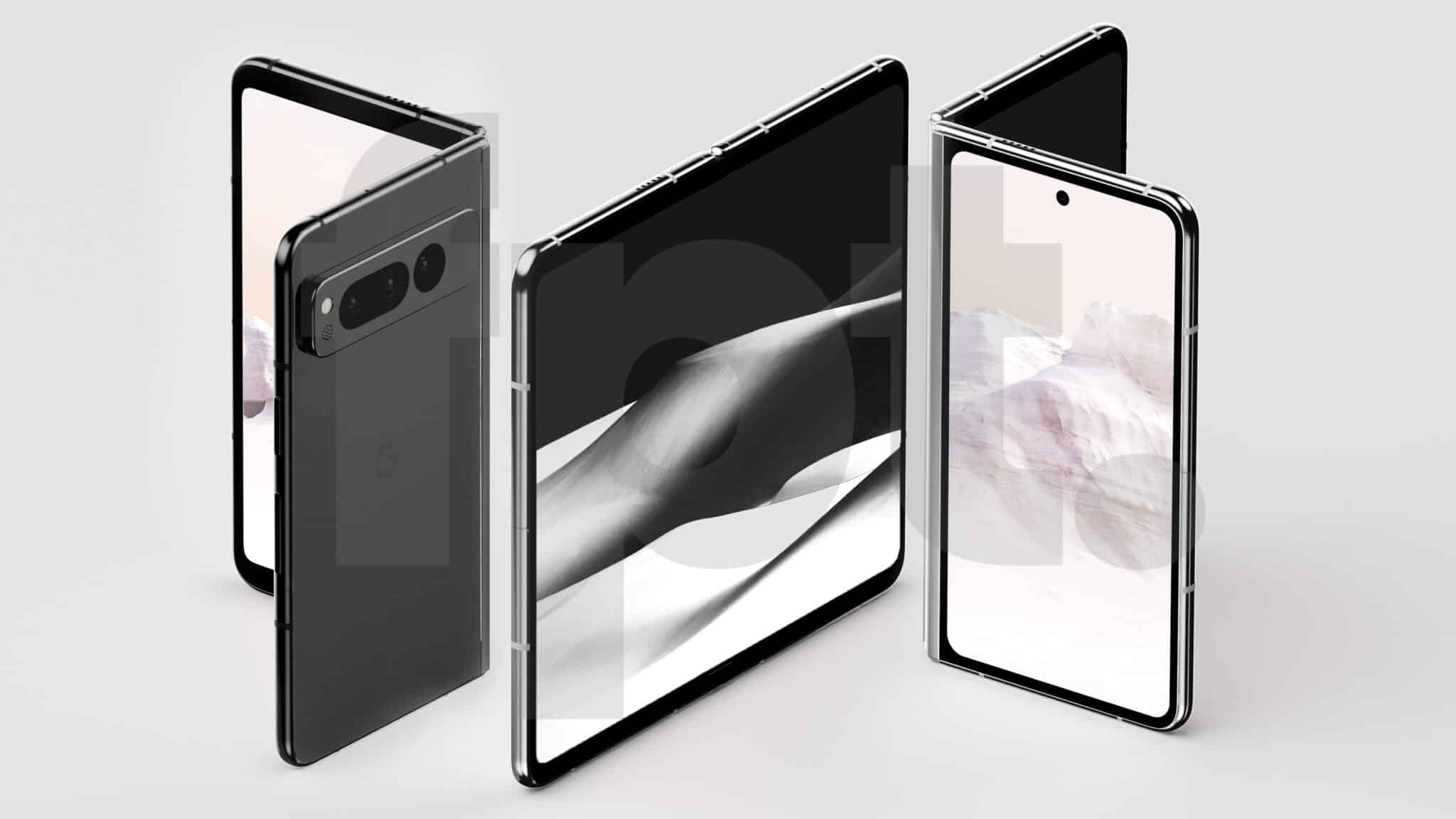 Rumours of a Pixel Fold have come and go in recent months, but Google’s annual software and hardware events passed without a mention of a homegrown Android foldable.

However, as we approach the end of another year in tech, we’re ready to get all amped up about a device that may or may not launch in 2023! It’s what keeps us as tech fans, right?

Part of the grand rumour cycle, of course, is the divulgence of the first renders of the device. Or at least the first renders based on “images and other stuff” that might give us an idea of what the phone will eventually look like.

That’s what we’re seeing today, courtesy of the very Marmite Front Page Tech YouTube channel, which if you can showcase the tolerance of a saint vis-a-vis the frontman, offers some really interesting scoops from time to time.

If the renders are accurate, the Pixel Fold will have a full-screen outer face, which looks a little wider than the Galaxy Fold Z series, for example, which has become a reference device for the new foldable form factor.

It’s almost like a full smartphone design with a tablet on the inside, rather than any compromises made with the outer display. There’s also a minimal-looking hinge. So far, so good then?

According to the renders there’ll be 9.5-megapixel cameras under both displays, while there’ll be a raised camera bump on the rear of the device.

There isn’t much more information about the device at present, but Front Page Tech does say the device will cost $1,799 with an announcement planned for May next year. So, probably Google I/O 2023.

Would you buy a Pixel Fold if Google rolls out the device in 2023? Let us know @trustedreviews on Twitter.