Netflix has announced its first ever live-streamed broadcast – a Chris Rock stand-up special – will air globally in 2023.

The landmark broadcast from the on-demand kingpin, which railed against the idea of TV by appointment for more than a decade, is coming to audiences around the world in early 2023.

This spring, Netflix was rumoured to be considering showing live talent shows (complete with audience voting) and live stand-up comedy shows. Now we have confirmation the company is entering the uncharted territory. 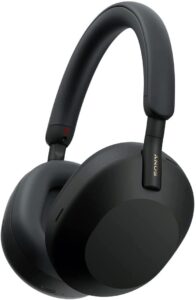 You can save 21% on the brilliant Sony WH-1000XM5 with Amazon ahead of Black Friday. They’re the best wireless headphones on the market, you know.

Netflix describes the Chris Rock show as a “massive global live event” and the very first of its kind. Chris Rock currently has a Netflix Original stand-up special available on demand, 2022’s Tambourine, but now everyone will bet able to tune in to the next one as it happens.

“Chris Rock is one of the most iconic and important comedic voices of our generation,” said Robbie Praw, Netflix Vice President of Stand-up and Comedy Formats in a press release. “We’re thrilled the entire world will be able to experience a live Chris Rock comedy event and be a part of Netflix history. This will be an unforgettable moment and we’re so honoured that Chris is carrying this torch.”

Rock is arguably the hottest property in comedy right now, following his spat with Will Smith at the Oscars. The shocking scenes saw Smith (who incredibly went on to lift the Best Actor Oscar on later that night) react angrily to a joke made at the expense of his wife Jada Pinkett-Smith, storming the stage and physically assaulting the host.

Rock hasn’t told the whole story of what happened that night, or during its aftermath. If the content of the forthcoming stand-up special is that way inclined, and Netflix is smart about the billing, it’s possible the special could break records for concurrent streams around the globe.

It’s no surprise Netflix is going with stand-up comedy as its first live event. There’s the dangerous air of unpredictability about the medium that can only be matched by live sports, which Netflix doesn’t own any rights for.

The streaming company is also experienced in hosting the events. The Netflix Is a Joke comedy festival saw 330 comedians perform in 295 shows across Los Angeles last spring. If the Chris Rock live event is a success, it may open the floodgates to an entire live-streamed comedy festival.

Given the company has just embraced an ad-supported tier for the first time, it seems Netflix is turning to the TV empire it once raged against, in order to revive flagging interest in the streaming service.