The Video Assistant Referee (VAR) has been giving technology a bad name for years now, when it’s often the human in charge of the system that’s to blame for igniting the fury of fans.

Things got a little bit better at the World Cup, when semi-automated offside decisions sped things up and gave fans and players more confidence in the accuracy. Meanwhile, the technology within the footballs themselves managed to rob Cristiano Ronaldo of a goal he was dubiously claiming. That was enjoyable. 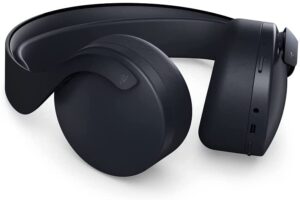 Save £60 on the Pulse 3D headset with this PS5 bundle

However, the game is yet to resolve arguably the biggest annoyance among supporters who are watching in the stadium at home or on TV – the lack of transparency about why decisions have been reached by the VAR.

That will begin to change at next month’s FIFA Club World Cup, where the governing body will trial explaining decisions to supporters who would otherwise be left in the dark.

Other sports have achieved this quite successfully, with cricket and rugby fans hearing the conversations between the on-field and video room officials discussions over how a decision has been reached. In the NFL and NBA the results of the video reviews are announced to the crowd by the official themselves.

It promises to offer some transparency over the process that has been denied to football fans since the imposition of VAR at the 2022 World Cup, and then in the Premier League in 2022.

“We think it’s important in terms of transparency, predominantly to the crowd in the stadium, who at the moment don’t get enough information as to what’s happening with a decision.” he said (via Sky Sports).”We are trialling this in the hardest environment first because we think it will be easier in domestic leagues.”

Meanwhile, there won’t be a countdown clock on making VAR decisions as some in the game had called for.