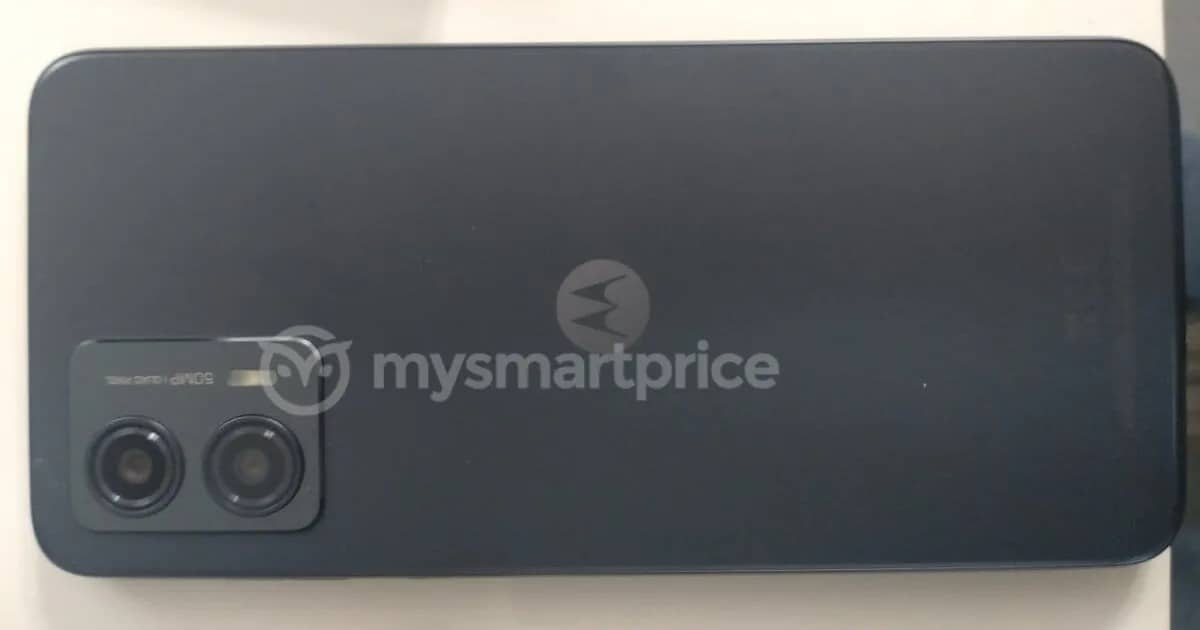 The global Motorola Moto G53 has been leaking for quite some time now, it already got announced in China. We’ve recently seen the phone’s promo materials, which contained its specifications, and price. Now, the Moto G53 has surfaced in live images, including its retail packaging.

The Moto G53 gets shown in live images prior to launch

If you take a look at the gallery below the article, you’ll get to see the phone in the flesh. In addition to that, its retail packaging is shown, and what lies inside the box as well.

The Moto G53 will feature two cameras on the back. Both of them will be a part of the camera island in the top-left corner. Motorola’s logo is obviously centered on the back of the phone.

Its display will be flat, while a centered display camera hole will be included. That’s not something you can see in these images, but previously leaked renders did reveal as much.

You can see that the retail packaging will be quite simple, with a huge Motorola logo on the front. The phone’s charger, charging cable, booklet, and SIM ejector tool are also shown here.

Based on the previous info, the Moto G53 will cost €209 in Europe. The phone is expected to launch globally soon, and it will be a budget phone. Its price tag and specs definitely prove that.

The phone will feature a 6.53-inch HD+ IPS display. That will be a 120Hz panel, by the way. The Snapdragon 480+ 5G will fuel the phone, while you’ll also find 4GB of RAM included here. On top of that, Motorola will include 128GB of storage.