How to watch Aston Vilal vs Leeds United: It’s Premier League Friday Night Football action and here’a how to tune into Aston Villa vs Leeds on TV, online and on the radio.

Ah, Villa vs Leeds is a battle of two of England’s most illustrious, historic and well followed football clubs. Forget the nouveau riche excesses of Chelsea, City and Newcastle – Villa vs Leeds is a proper old school fixture to relish, even if the teams are struggling to recreate former glories in the current climate of billionaire owners with unlimited wealth.

It promises to be a good game of football too, with the teams sitting 11th and 14th respectively in Premier League and seeking big the points to stave-off a potential relegation battle.

Villa have enjoyed somewhat of an uptick since replacing Steven Gerrard with a proper manager in Unai Emery, but will be keen to bounce back from a FA Cup 3rd round humbling at the hands of League Two Stevenage on Sunday. 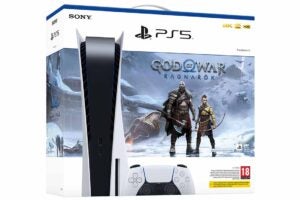 Snatch up this incredible PS5 bundle deal before it’s gone

We’ve sniffed out another impeccable deal on the PS5 console. For less than £540, you can snatch up the PS5 console, God of War Ragnarok as well as an extra Sony DualSense controller.

Leeds have looked impressive at times under American manager Jesse Marsch this season, but embark on tonight’s trip to the midlands just two points above the dreaded drop zone. Leeds, of course, barely avoided a return to the Championship on a dramatic final day of last season.

The Yorkshire club will be desperate to climb the table in the second half of the season and avoid a similar nail-biting finale. Three points against Villa would be a great start.

Here’s how to watch Aston Villa vs Leeds United on the best TV, best smartphone or best laptop you have in the house.

Villa vs Leeds kicks off at 8:00pm UK time on Friday January 13. Will there be spooky goings on at Villa Park in Birmingham? Tonight’s game is the only game being played tonight in the Premier League.

How to watch Aston Villa vs Leeds live on television and online?

Sky Sports has the rights to this one, with coverage starts somewhat early 7:00pm on Sky Sports Premier League and Sky Sports Main Event.

You will need an active Sky Sports subscription of sorts in order to watch. You can get Sky Q or Sky Glass, or the brand new Sky Stream service. Or if you subscribe to Sky via providers like BT and Virgin. However, if you need fast access, look no further than Sky’s streaming platform NOW.

How to listen to Aston Villa vs Leeds for free

If you can’t watch live, or don’t want to pay for Sky, you can listen live on the radio thanks to live commentary from Talksport. You can access the Aston Villa vs Leeds live stream here.

Watch safely with a VPN

If you regularly watch live sports online, you can boost your online privacy within a virtual private network (VPN). This works by masking your IP address from would-be snoops and wrongdoers. You can read our guide to the best VPNs before streaming the games. If you’re seeking a safe and secure VPN, we’d recommend Kaspersky VPN Secure Connection for streaming top sport.