After many years of leaks, rumors and hype, the Google Pixel Watch is finally here. And I’ve been using it for about 3 weeks at this point. I love it. But I also hate it. How can that be? Well, there are some aspects about this watch that are just so good, but then others that are real head scratchers. And now, I won’t be writing 900 words about how the battery life sucks. We already know that, and that horse has been beaten to death. There are many other things that are wrong with this watch, but I’m still wearing it. So here’s why I hate that I love the Pixel Watch.

First up, the Pixel Watch and the Pixel 7 Pro. They really don’t seem to talk to each other as much as they should be. One of the main things is that, when you set an alarm on your phone, it doesn’t set on your watch. What? Exactly. And Google seems to believe that is how it should work. That’s a real head scratcher to me.

To build on that, if you set up Bedtime Mode in Digital Wellbeing on your phone, it doesn’t sync with your Pixel Watch. In fact, nothing in Digital Wellbeing syncs with the watch. That includes the cough and snore detection, which would be nice to sync with Fitbit and its sleep tracking. So if you set your phone to enter Bedtime Mode at 11PM like I do, you’d expect the Pixel Watch to go to Bedtime Mode automatically, right? Wrong. You have to manually do this.

Set a timer on your phone, it won’t show up on the watch. And vice versa. There’s a lot of little things here that you’d expect the Pixel Watch and a Pixel phone to work better together. I’m hoping that Google will address these in future updates, because it’s very odd that they don’t sync as well as they should. 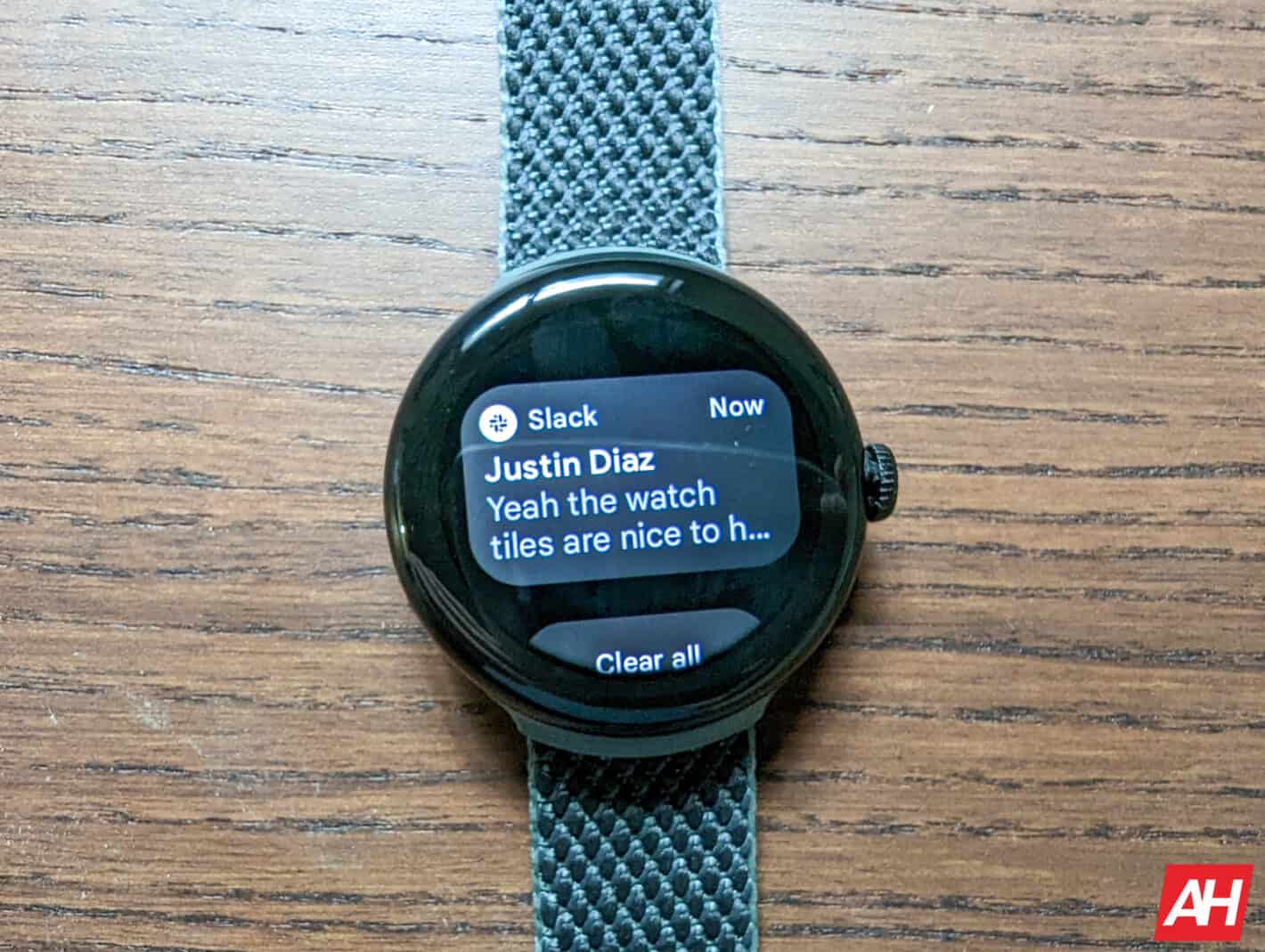 There’s no screens for battery life or storage

Now, I’m not expecting a fully detailed battery life screen like we (used to) have on our phones. But give us a screen that indicates how long the battery is going to last, based on our current usage. Though a more detailed screen would be nice too, allowing us to see what is killing the battery on our Pixel Watch. Especially since it doesn’t last very long to begin with.

The same goes for storage. While the Pixel Watch does have 32GB of storage, which is a ton of storage for a smartwatch, it would still be nice to have that available in the settings or the Pixel Watch app. While we likely will never use it all, it’s still useful for downloading music onto the Pixel Watch. A few lengthy playlists could really use up that storage pretty quickly.

These are two things that are pretty simple that, the Apple Watch already does.

We all have our own complaints about the Apple Watch and how it’s not all that great. For starters, it’s a square and most would rather have a circular watch. It also only works with iPhones (not even iPads), and only has 18 hours of battery life. All valid complaints, but after wearing an Apple Watch for two years, and now wearing the Pixel Watch, it’s quite apparent that Apple is so far ahead in the wearable space.

Everything I’ve mentioned here, is available on the Apple Watch. Now yes, Apple has a big lead over Google here, even though Wear OS initially came out before the Apple Watch, this is Google’s first foray into an actual smartwatch. Building a smartwatch is very different from developing software for it.

And while Apple claims 18 hours of battery life on its watches (except for the Apple Watch Ultra), you can routinely get well beyond that without really optimizing any settings on the watch. My Series 7 would normally last me a full 24 hours and still have around 25-30% left. Meanwhile the Pixel Watch can barely get through 24 hours, unless I get very little notifications. A big part of this is the fact that Google/Fitbit is taking your heart rate every second throughout the day. Whereas other watches do it about every 5 minutes. That’s a big battery killer, and hopefully Google figures that out in a second-generation Pixel Watch. I do really like the Pixel Watch. It’s super fluid, the software is easily the most fluid I’ve ever used on a watch. But these little things are really starting to annoy me. And that has me excited for a second-generation Pixel Watch.

Google doesn’t need to do a lot on the hardware side for a second gen Pixel Watch. Really just offer a larger size, add in a larger battery (or, better optimize it, since it is already larger than the competition in this size), and slim down the bezels. The bezels don’t really bother me, because they are the same size as other watches, but because Google doesn’t have a case around the screen like the Galaxy Watch 5, it looks much larger.

Having said that, I’ll be sticking with my Pixel Watch for now, even though the Galaxy Watch 5 is really tempting especially at its current sale price. The Pixel Watch will be getting quarterly feature drops much like the Pixel phones, so hopefully some of these issues I’ve laid out here will be fixed in that time.