Hollywood might be the one to blame for giving dinosaurs their skeletal monster image – in movies dinosaurs are usually depicted as scaly dragon-like monsters from hell. When we see illustrations of dinosaurs done by paleoartists, skeletal reconstructions are what many artists depend on when trying to draw dinosaurs. Many scientists think that there was more to the dinosaurs than has been depicted, including colorful feathers, larger layers of fat and areas of soft tissue. Let’s see what happens when you try to apply the outdated monster approach to modern day animals! 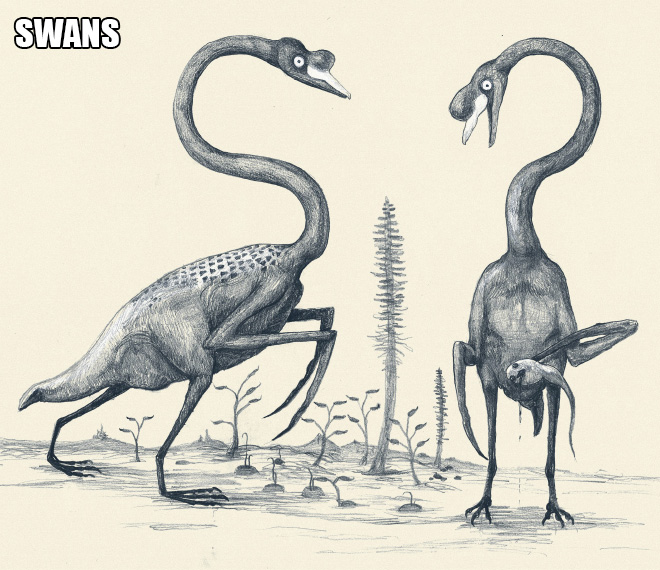 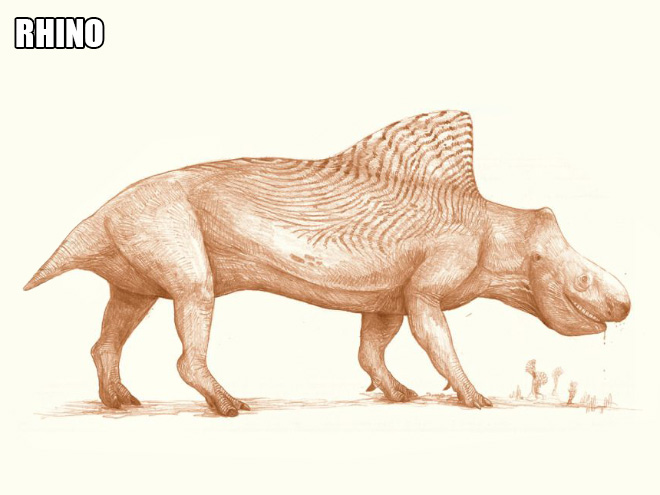 C.M. Kosemen is an Istanbul-based artist and author of these illustrations. Most serious paleoart bases itself on the detailed findings of paleontologists, who can work for weeks or even years compiling the most accurate descriptions of ancient life they can, based on fossil remains. But Kosemen thinks that many dinosaur illustrations should take more cues from animals living today. Our world is full of unique animals that have squat fatty bodies, with all kinds of soft tissue features that are unlikely to have survived in fossils, such as pouches, wattles, or skin flaps. 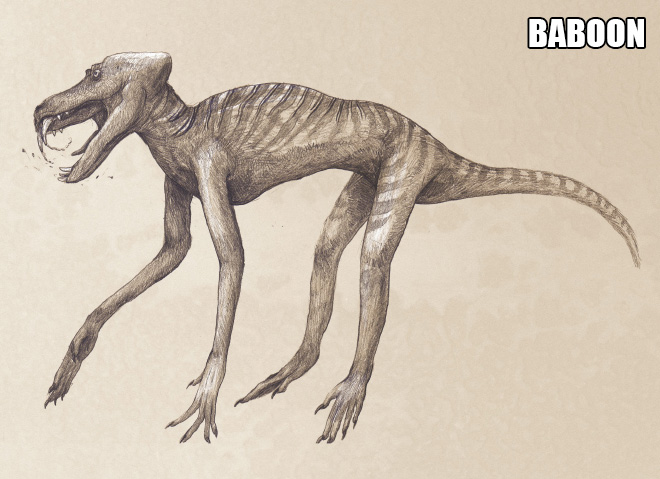 One of his main points of contention is the way that we consider dinosaur heads. “The reference has always been crocodiles,” says Kosemen. “The biggest thing is teeth and facial fat. Readers have to be aware that all dinosaurs they see in all media, and especially in popular culture, seem to have their heads flensed. They’ve always got these weird grins with only the teeth visible.” As he points out, most animals have lips and gums and lumps of facial fat that change the profile of the head, and cover the teeth. But in many predatory dinosaur illustrations, these are usually missing, making them look fierce, if improbable. 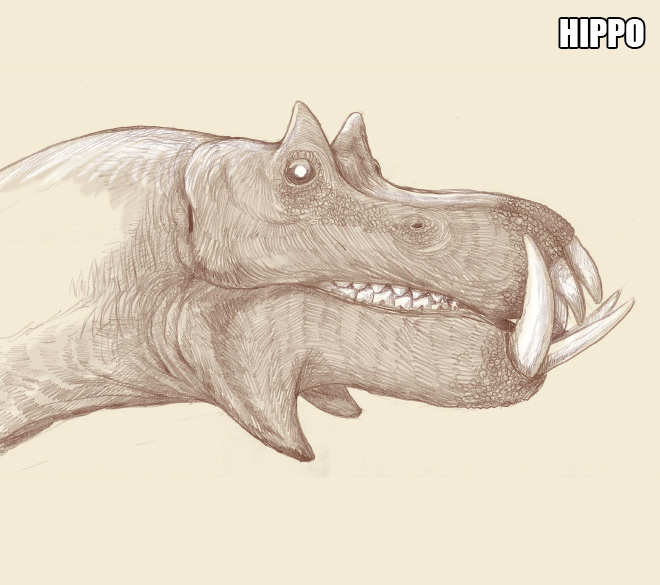 Another trope is what I like to call the “roadkill hair” trope. Some fossils show signs of hair, which can lead to artists illustrating their creatures with hair only on the parts where it was found on a fossil. However, it’s possible that some dinosaurs had much more hair that they are usually shown to have. Imagine if you found a raccoon, and only half of the tail was covered in hair, so then you carry that over to a living reconstruction. 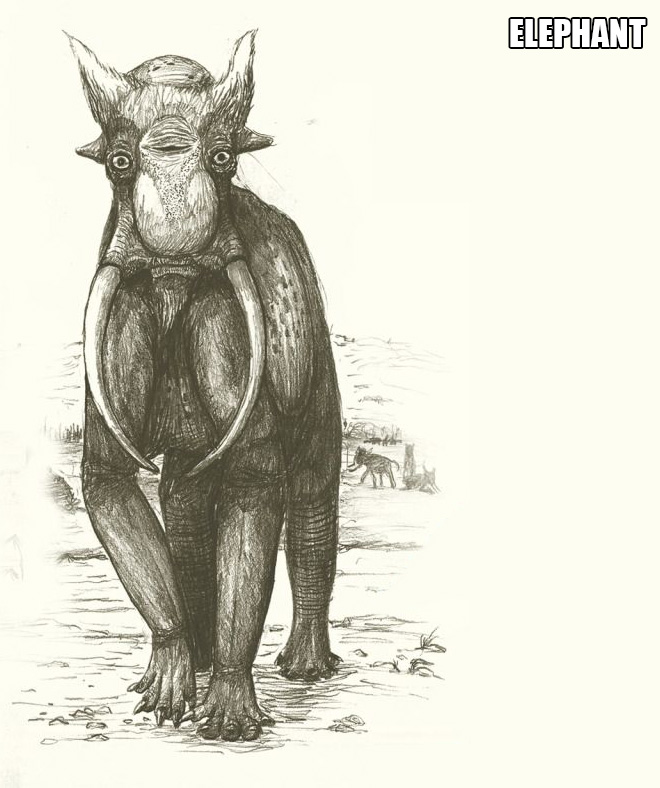 Then there is the issue of proportion. Kosemen says that there is a tendency to exaggerate the heads and claws of dinosaurs. Certainly many dinosaurs had large claws, and fearsome heads, but in many pictures, they seem to be almost cartoonishly huge. 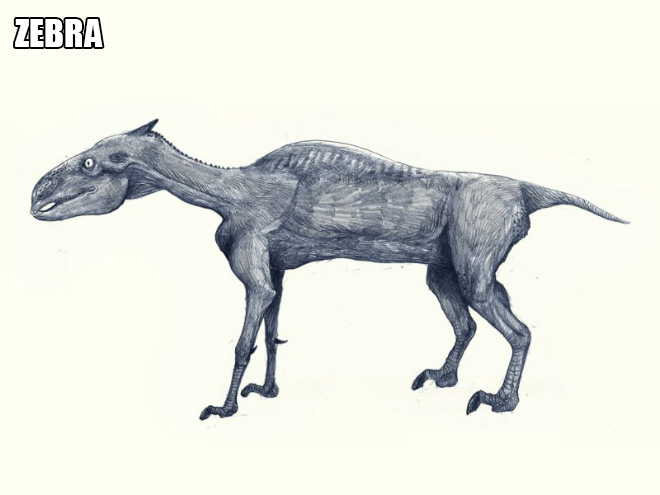 It’s likely that future paleoartists will have similar problems with creatures we take for granted today. It’s conceivable, for example, that future paleoartists will speculate that turtles once left their shells, or that frogs, with their weird legs, used to run around upright. There’s probably going to be all sorts of reconstructions with reindeer antlers having strange membranes or juvenile reindeer jumping from cliffs, using their horns as paragliders.