Knog Scout review: A Find My tracker with a motion alarm for your bike | Macworld 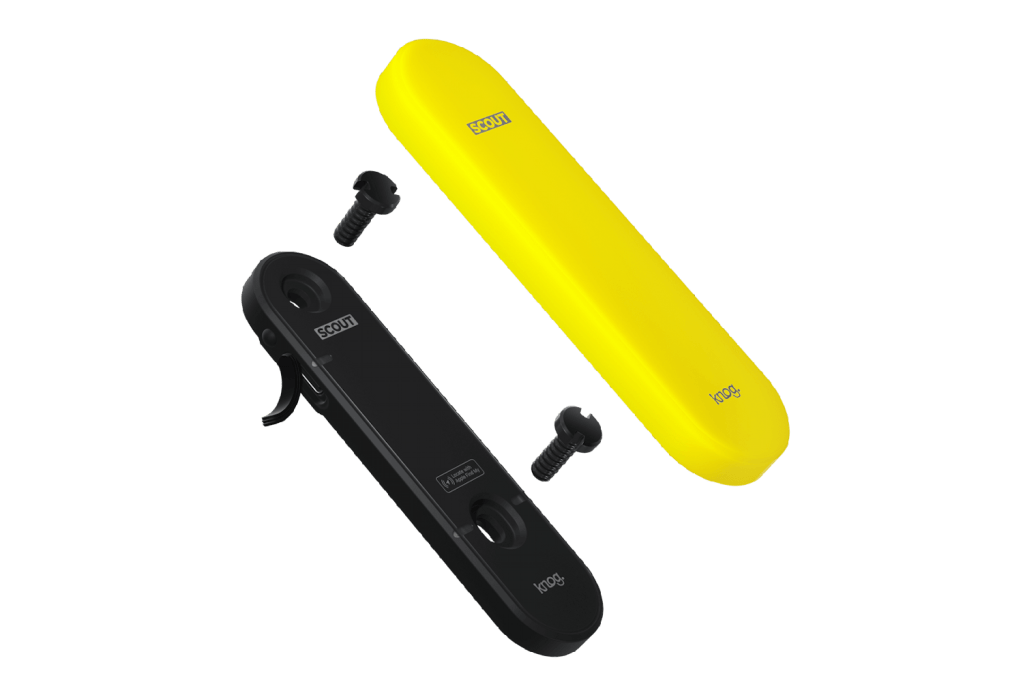 Track your bike via Find My while also having it deliver an ear-piercing alert when jostled.

Using a Find My item has often involved a tradeoff. Apple’s crowdsourced network of all its owners’ iPhones, iPads, and Macs (that haven’t opted out) provides robust tracking as long as somebody’s device is occasionally nearby. Many travelers discovered in the summer of 2022 that an Apple AirTag or third-party Find My item in their luggage meant the difference between a “lost” bag and one they could tell an airline where to find it.

But the tradeoff is that makers of Find My items have to conform to an array of Apple’s rules and technology choices designed to balance tracking our stuff and the privacy and safety of others. For instance, Find My items that are away from the paired iPhone or iPad for between 8 and 24 hours will make a loud noise if moved, potentially alerting someone that there’s a tracker near them. Likewise, if an AirTag or other item is near you while you’re moving about and the owner’s device isn’t, you’ll get a notification of an item moving with you—and can play a sound on it to help find it.

Knog abides by these rules with its bike-tracking/bike-alarm Scout, but adds an extra that justifies its price. You can enable an 85-decibel motion alarm separate from Find My. You can press a button on the device, or use a software button in the Knog app while within Bluetooth range. After activation, the slightest motion triggers the ear-piercingly sharp alarm pattern. If you’re nearby with your phone, you receive a notification, and hear an alarm sound if the app is open. You can disarm at a tap.

When added to Find My, you can also track the Scout’s current location whenever you have an internet connection or are within Bluetooth range.

When mounting Scout on your bike, you can hide it. In a covert installation, remove the bright yellow cover and screw in a water-bottle cage over it. If you want others to be able to spot it as a deterrent, you can leave the cover on after attaching it without a cage on top. Knog’s unique tamper-resistant screws and the hard plastic case protect against casual removal or disabling.

The company provides solid step-by-step instructions on setting up the Scout, which is a bit more complicated than a standard Find My device due to the Scout’s dual nature. Oddly, Knog doesn’t link to the required iOS app but tells owners to search for it on the App Store. That blip aside, it’s straightforward to set up and use.

The app requires registration with an email address. Adding insult to complexity, an “Opt in to marketing communications” box is prechecked. The company doesn’t support Sign in with Apple, which would be a natural way to balance privacy and registration confirmation.

Knog gets all the nuance right, from hardware to its installation to the app. Instead of replaceable batteries, the Scout includes a USB-C port under a very snug rubber seal to attach a cable. Knog says you should get six months between charges. The design allows you to recharge without removing the Scout from your bike. It has IP66 water resistance, suitable for the kind of rain and dust intrusion you might expect on a bike, and an operating temperature range of -4°F to 122°F (-20°C to 50°C).

It even offers some of the cleverest packaging I’ve ever seen. The Scout comes in a multi-layered cardboard block inside a die-cut insert. Remove the Scout, and beneath it is a cover with a finger hole to drag and lift up. The cover describes and shows an outline of the screwdriver for the anti-tamper screws, and offers a QR code to scan for instructions. Remove the cover and find the screwdriver nestled in its own cutout. The screws are driven into either side of the cardboard block. Quite remarkable and ostensibly fully recyclable.

The Knog offers the best of two worlds: a loud alarm triggered by motion to scare off bike thieves paired with crowdsourced global tracking in an optionally hidden form factor when the alarm isn’t active or isn’t enough to keep a rustler at bay.