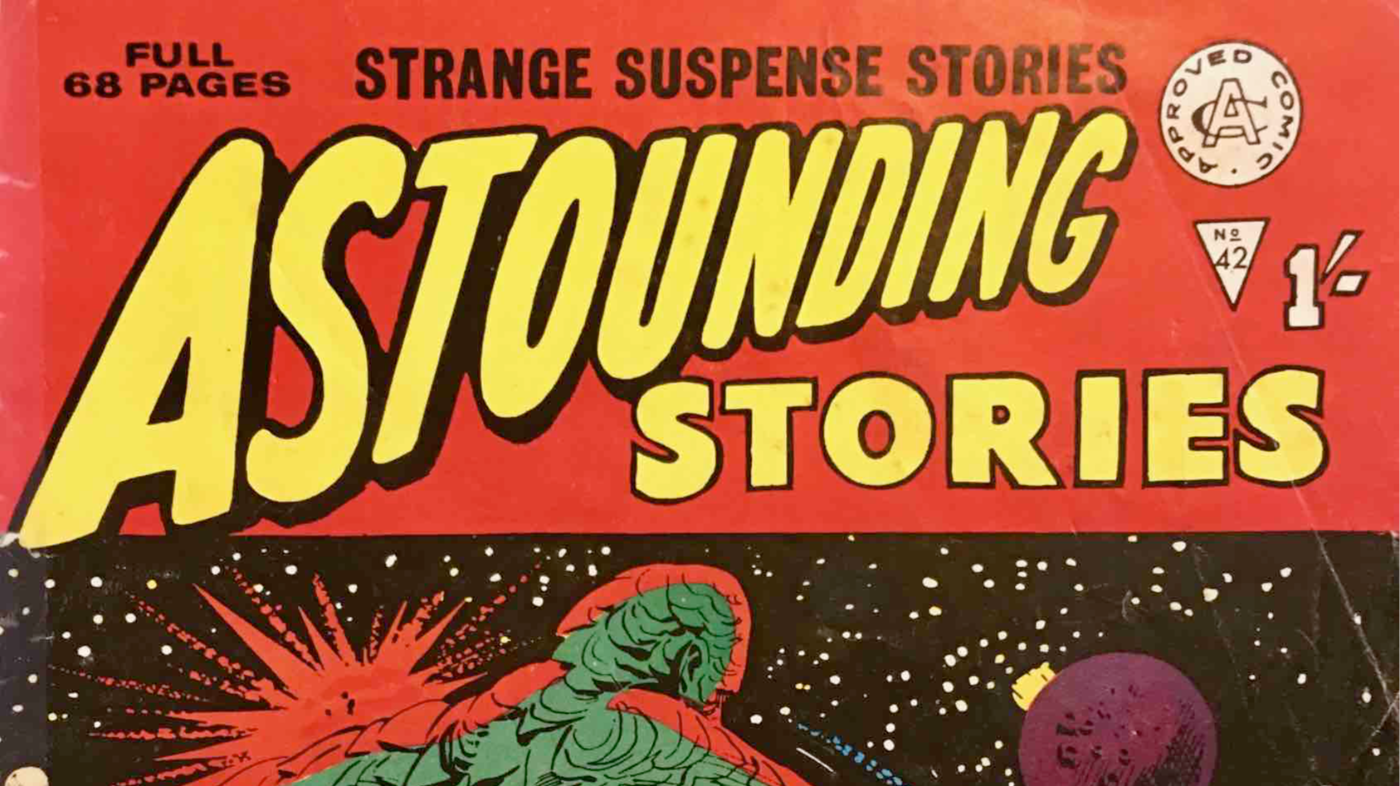 Astounding Stories of Super-Science, September 1930, by Astounding Stories is part of HackerNoon’s Book Blog Post series. You can jump to any chapter in this book here. A Problem in Communication – Part IV: L’Envoi

MY solution of the message practically ends the story. Events followed each other from then on like bullets from a machine-gun. A wild drive in a taxicab brought me to the door of Mayor Anderson at ten o’clock that night. I told him the story and showed him my photographs.

Following that I spent many hours telling my story to and consulting with officers in the War Department. Next afternoon, photographic maps of the Science Community and its environs, brought by airplanes during the forenoon, were spread on desks before us. A colonel of marines and a colonel of aviation sketched plans in notebooks. After dark I sat in a transport plane with muffled exhaust and propellers, slipping through the air as silently as a hawk. About us were a dozen bombing planes, and about fifty transports, carrying a battalion of marines.

I am not an adventure-loving man. Though a cordon of husky marines about me was a protection against any possible danger, yet, stealing along through that wild valley in the Virginia mountains toward the dark masses of that fanatic city, the silent progress of the long, dark line through the night, their mysterious disappearance, one by one, as we neared the city, the creepy, hair-raising journey through the dark streets—I shall never forget for the rest of my life the sinking feeling in my abdomen and the throbbing in my head. But I wanted to be there, for Benda was my lifelong friend.

I guided them to Rohan’s rooms, and saw a dozen dark forms slip in, one by one. Then we went on to the dormitory where Benda lived. Benda answered our hammering at his door in his pajamas. He took in the Captain’s automatic, and the bayonets behind me, at a glance.

“Good boy, Hagstrom!” he said. “I knew you’d do it. There wasn’t much time left. I got my instructions about handling the New York telephone system to-day.”

As we came out into the street. I saw Rohan handcuffed to two big marines, and rows of bayonets gleaming in the darkness down the streets. Every few moments a bright flare shot out from the planes in the sky, until a squad located the power-house and turned on all the lights they could find.

About HackerNoon Book Series: We bring you the most important technical, scientific, and insightful public domain books. This book is part of the public domain.

This eBook is for the use of anyone anywhere at no cost and with almost no restrictions whatsoever. You may copy it, give it away or re-use it under the terms of the Project Gutenberg License included with this eBook or online at www.gutenberg.org, located at https://www.gutenberg.org/policy/license.html.