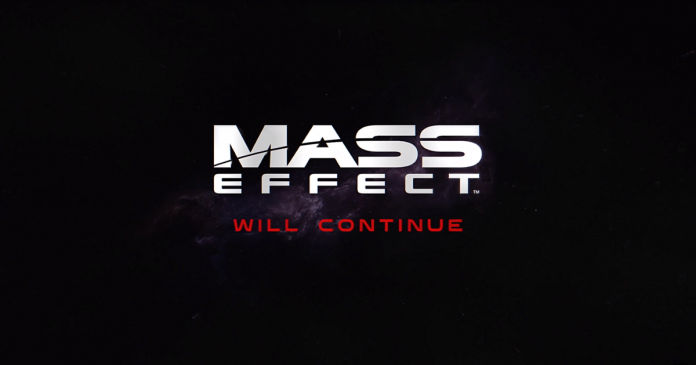 Last year, BioWare and EA confirmed a new Mass Effect game as being in development with a reveal trailer that featured Liara, one of the most important characters in the series. Details on the new game are quite sparse as BioWare is currently keeping things under wraps.

However, just last night, BioWare shared that the game is currently in the pre-production phase of development and that the project has been proceeding “very well”. “The team, comprised of Mass Effect franchise veterans as well as some amazing new additions to BioWare™, has grown steadily,” reads the blog post. “They’ve been hard at work crafting new characters and locations that you’ll love, as well as revisiting many that you’ll remember.”

The blog post was followed by another brief teaser which included a garbled radio communication that fans have now decoded successfully. The teaser shows what looks like another relay station and features the voice of Liara T’Soni.

Happy #N7Day from across the stars! 💫 We found this interesting footage you may want to 🔍 a bit more closely.

Liara T’Soni can be heard saying: “I can see it… How did we miss this? Exactly, the Council will be furious…although they should know by now not to underestimate human defiance.”

This answers little to nothing but it is at least now confirmed that the character we saw in the original reveal trailer was indeed Liara T’Soni. The character belongs to a race of people known as the Asari whose lifespan extends several hundred years. Seeing as Liara was a little older than the last time we saw her, we can expect the next Mass Effect game to take place several years after the events of Mass Effect 3.

Liara looks like she could play a pivotal role yet again seeing as she assumes the role of the Shadow Broker in ME2. Project Director Mike Gamble also tweeted out some new concept apt that featured a new title for Liara, although it is unclear what that could possibly be. The possibilities are endless in terms of where BioWare takes the series next and how exactly it will follow up the last game in the series.

Depending on your choice, Mass Effect 3’s ending ties things off quite well and it will be interesting to see which one of the endings BioWare considers to be canon. Seeing as the last trilogy of games allowed players to import their saves and transfer their choices onto the next game, it will be interesting to see if the next game in the series will be impacted by the choices you made in the first trilogy.

Even though Mass Effect is a relatively popular IP – it isn’t exactly as financially viable as something like Call of Duty. EA is probably playing this one close to the chest, and depending on how well the next game does, we could have a new trilogy on our hands.