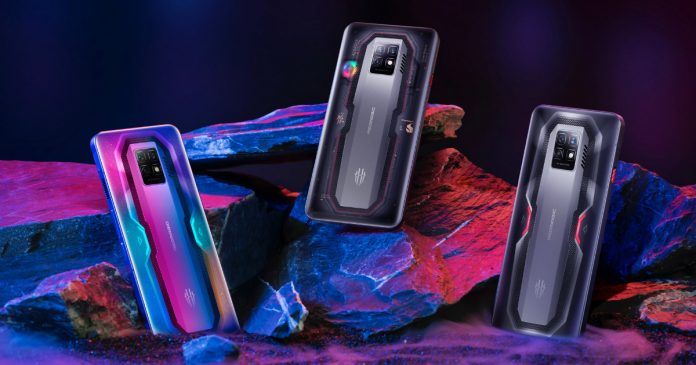 Nubia is gearing up for the launch of its new gaming phone. The company has already confirmed to launch a new gaming phone with a Snapdragon 8 Gen 2 SoC under the hood. It could well be the RedMagic 8 Pro, which will launch alongside the vanilla model. The device could be the first gaming phone to feature the new Qualcomm flagship SoC. The launch of the upcoming Nubia gaming smartphone could be imminent as it has been spotted on the 3C website.

The listing confirms the fast charging details of the phone. Let’s take a look at the Nubia RedMagic 8 Pro specifications, features and other details ahead of the launch.

The Nubia RedMagic 8 Pro will launch as a successor to the RedMagic 7 Pro, which was launched earlier this year in select markets. The device has been spotted on the 3C website with the model number NX729J. The listing reveals that the gaming smartphone will support a whopping fast 165W fast charging out of the box.

The phone was spotted previously on the TENAA MIIT certification which confirms that it will support 5G connectivity. A Bluetooth SIG certification database revealed that the gaming phone will come with support for Bluetooth 5.2.

Although the phone has been spotted on multiple certification websites, the leaked details are not as significant. The display, camera and battery capacity details are unknown at the moment. We can expect these details to be available soon.

What we can confirm is that the phone will feature a Snapdragon 8 Gen 2 SoC under the hood. The SoC was unveiled earlier this month with a peak clock speed of 3.2GHz. The chipset also offers four performance cores clocked at 3.0GHz and three efficiency cores clocked at 2.0GHz. other details of the RedMagic 8 Pro are under wraps. We will share more details about the upcoming gaming phone as and when available. Meanwhile, let us know your thoughts about gaming smartphones in the comments below.