Last month, we found out that Samsung is operating on a brand new M-series telephone, the Galaxy M01s, because of its checklist at the Wi-Fi Alliance certification platform and Geekbench benchmarking platform. Today, the Samsung Galaxy M01s has been indexed on Google Play Console. And it unearths some attention-grabbing data. 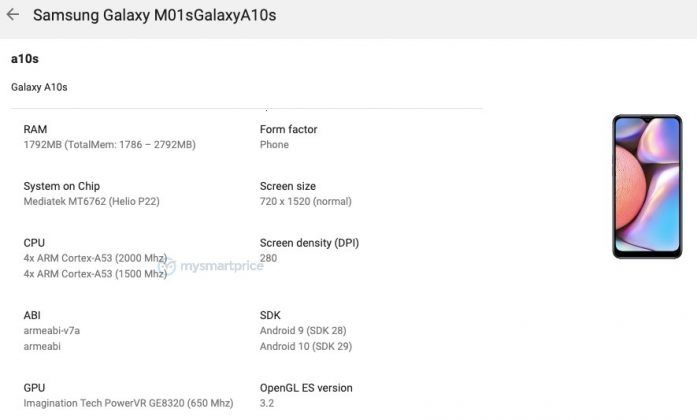 Considering that the Galaxy M01s is a rebranded model of the Galaxy A10s, you’ll be expecting it to characteristic a 6.2-inch display screen, a 13MP + 2MP dual-camera setup on the rear, an 8MP digicam on the entrance, dual-SIM enhance, 4G, Wi-Fi b/g/n, Bluetooth v4.2, 3.5mm audio jack, a microUSB port, a fingerprint scanner, and a 4000mAh battery with 10W charging pace.