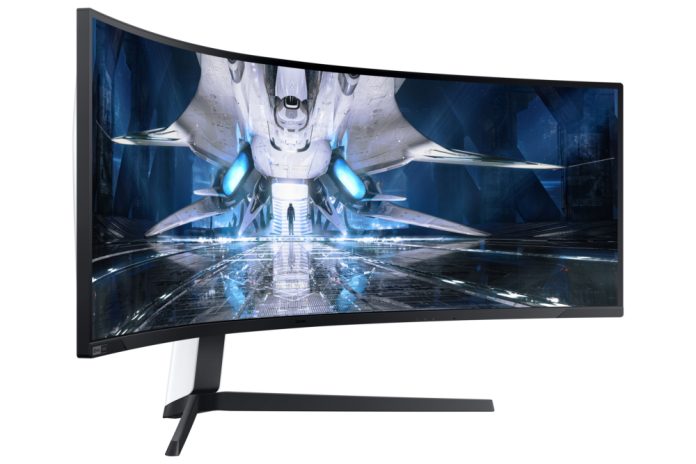 In the event of RDNA 3 GPU hosted by AMD, the company revealed that one of its partners – Samsung, is making a new 8K curved monitor – to be the successor of the Odyssey Neo G9.

While the detailed specifications of this upcoming monitor are not known, it’s not expected to be a true 8K one, considering its curved aspect ratio. Yet, it’ll be a premium offering with a price of around $3,000 when launched.

Just as it excels in the smartphone market, Samsung excels in the display industry too. The South Korean giant has some of the premium offerings in computer monitor space, with its flagship product being the Odyssey series.

The latest one among them is the Odyssey Neo G9, which costs a whopping $2,500 a piece and has all the ultra-premium features you can expect. It has a mini-LED display, 8K resolution, HDR, etc. – while being curved. While it’s touted to be the best monitor one can play high-end games on, Samsung is making an even better one for that!

As per AMD from its RDNA 3 GPU event, Samsung is working on a new curved monitor that features an 8K display and DisplayPort 2.1 connectivity. While no other details were revealed, AMD said Samsung itself will unveil the monitor at CES 2023, which is scheduled to be held in January next year.

While it’s touted to be an 8K monitor, it couldn’t a true one due to its curved aspect ratio, says The Verge;

Well, the upcoming monitor is said to be having an 8,000 pixels width and 2,250 pixels height, with a 32:9 aspect ratio and a better 4K quality. Regarding the price, we expect it to be around $3,000 considering its predecessor Odyssey Neo G9 launched at $2,500.