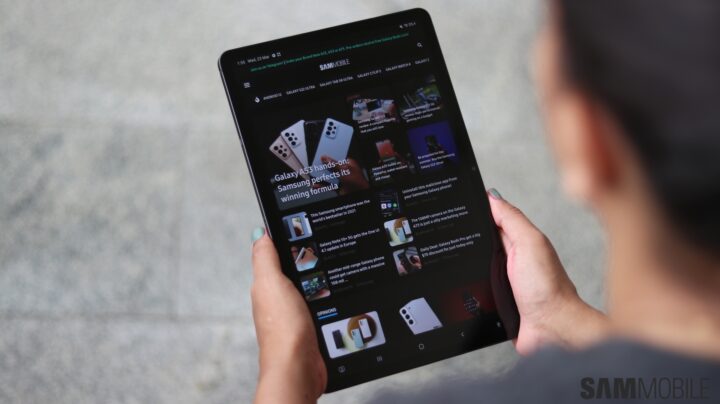 Samsung has taken it upon itself to prove to the competition how to get better at the job of releasing new software updates, both major and minor, regularly over the last few years. Its latest efforts — those of releasing Android 13 and One UI 5.0 — are its best yet, with more than a dozen smartphones already having received the update, even if they aren’t available in every country yet.

Samsung also is often the first to release new security updates to various smartphones, too. But when it comes to tablets, the company has room to improve, specifically in one particular area: releasing new updates to all models in a particular tablet lineup. While all models in a flagship Galaxy S or Galaxy Note lineup almost always get new updates at or around the same time, Samsung creates days or even weeks-long gap between the release of updates for different models in every tablet lineup.

Once again, we can turn towards the Android 13 update for a recent example: the update is only available for the 5G variants of the Galaxy Tab S8+ and the Tab S8 Ultra at this time. And neither the LTE nor the 5G variant of the standard Galaxy Tab S8 have been updated to Android 13/One UI 5.0, and if Samsung’s past record is anything to go by, that may take a couple of weeks to change.

It’s already bad enough that these costly flagship Galaxy tablets tend to go straight to the quarterly security update schedule upon launch, but the fact that Samsung also discriminates between models in the same tablet lineup is also a problem that needs fixing. We don’t really see any reason why there would be such delays, because the underlying hardware in every tablet lineup is mostly the same, so it’s possible Samsung simply doesn’t consider tablets important enough as far as updates are involved.

Hopefully, that’s something the company aims to address going forward. We don’t know the exact technicalities, but we’re pretty sure it isn’t rocket science and is something Samsung can easily figure out/fix if it wants.