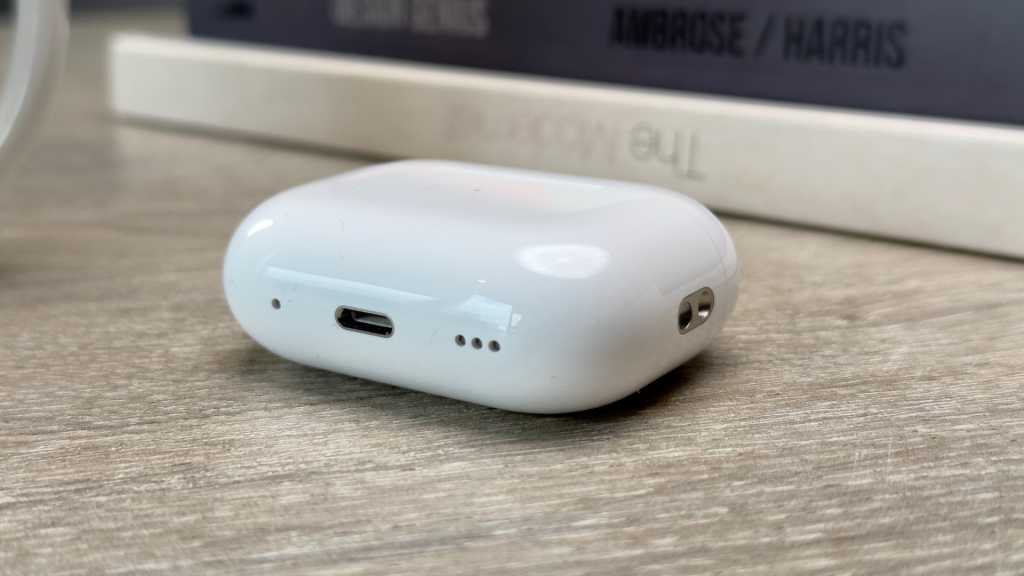 Apple has announced the rollout of a firmware update for the 2nd-gen AirPods Pro, but as with previous updates, we don’t know what’s in it. But it could include a fix for a nagging audio problem that has affected some users.

As of November 8, version 5B58 is available for the new AirPods Pro only, with the previous Pro models, the AirPods Max, and both the 2nd- and 3rd-gen standard AirPods all remaining on 4E71. All Apple reveals in the release notes is that 5B58 contains “Bug fixes and other improvements.” The AirPods Pro 2 also received a firmware update (5A377) days before they arrived in stores.

While it’s somewhat rare to release a firmware update for a single model, the lack of detail is not unusual. Unlike updates for iOS and macOS, Apple’s AirPods firmware updates rarely disclose much information about what’s changed; the previous 5A377 version had exactly the same single-line release notes, as does the 4E71 still run by the other models. For one reason or another, iOS and macOS updates have become part of the sell Apple uses to excite users about their iPhones and Macs, while AirPods firmware updates are slipped out quietly in response to fixes the company would rather not talk about.

One such bug that may be the focus for 5B58 is the so-called “audio drift” that some owners of the 2nd-gen AirPods Pro complained about on Reddit last month (via 9to5Mac). Users complained of sudden and unexpected shifts in volume and felt they might be related to noise cancellation on the new headphones. It’s not clear, however, whether 5B58 either attempts or succeeds in solving this problem. One respondent on the Reddit thread claimed the 5B5040c beta (an earlier build of the 5B58 public release) “seems to fix the issue.”

Some users complained that active noise cancellation on their AirPods Max was less effective after the most recent 4E71 update. It’s not clear whether the AirPods Pro firmware update has the same effect.

AirPods updates are delivered automatically when the device is charging and near your iPhone or iPad. You can check your current firmware version by going to Settings, then General, About, and AirPods.