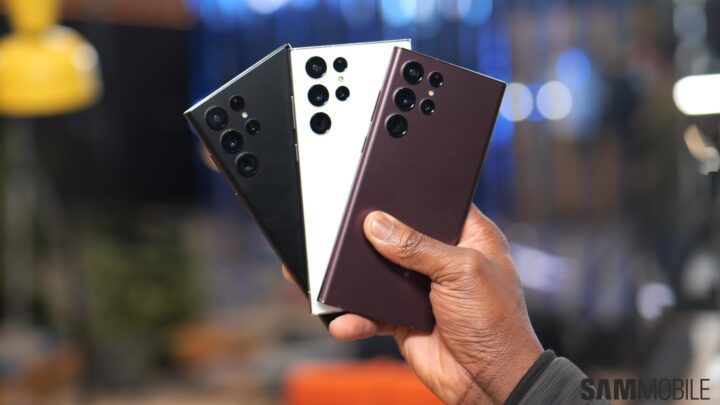 It’s no secret that it’s not just Apple that Samsung has to compete against in the smartphone market. Samsung also has to go up against pretty much every Chinese manufacturer, especially in markets like India where Chinese manufacturers have taken a foothold thanks to how aggressively they price their phones while dangling dazzling impressive spec sheets in front of the customer.

While Samsung has surprisingly held its own against the onslaught, even in price-sensitive markets (again, India is a prime example), Chinese manufacturers have got it cornered when it comes to the kind of specs customers expect from smartphones. And that’s simply because Chinese manufacturers innovate — or rather, keep putting better specs on phones with lower and lower price tags — at a pace that Samsung cannot keep up with, yet is something the Korean giant has to contend with all the same.

For example, it’s not uncommon to see OEMs like Xiaomi, Oppo, and others trying to one-up the other by bringing faster and faster battery charging on their phones every few months. Frankly, at the rate things are going in the world of Android smartphones, a time may come when Android smartphone makers get to a point where no meaningful innovation is possible and realize that all this focus on specs was the wrong way to go about things all along.

Yes, a phone with 200W charging sounds impressive, but do most customers even care as long as their phone charges in an hour? Do they care for better pictures from their phone cameras, or have phone cameras progressed enough that anything you shoot in the auto mode is more than good enough, especially if you take most of your pictures during the day?

Our biggest concern is that in the race to provide the best specs at the lowest prices, Chinese manufacturers will also have taken Samsung down with them. Samsung has not been too aggressive at trying to keep up with the Chinese competition on the basis of specs and yet continues to do well around the globe. But even at its slower pace, Samsung might not take long to peak and get to the same point-of-no-return as the competition from the world’s most populous nation.

And before things get too bad, I think Samsung, Xiaomi, Oppo etc need to take a step back and reevaluate their strategies. Perhaps take a lesson or two from Apple, which is focusing not on big hardware specs but the overall experience and services that customers actually want to use, and just generally realize that for the average consumer, numbers on the spec sheet are not as important as they think.

Meanwhile, for the relatively small subset of customers who do care about getting the latest and greatest specs, smartphone brands can always have one or two top-of-the-line models, but perhaps focus more on selling those online. We’re not suggesting that brands stop caring about the hardware completely, only that it might be a good idea to reevaluate the speed at which all the innovations and spec upgrades are delivered.