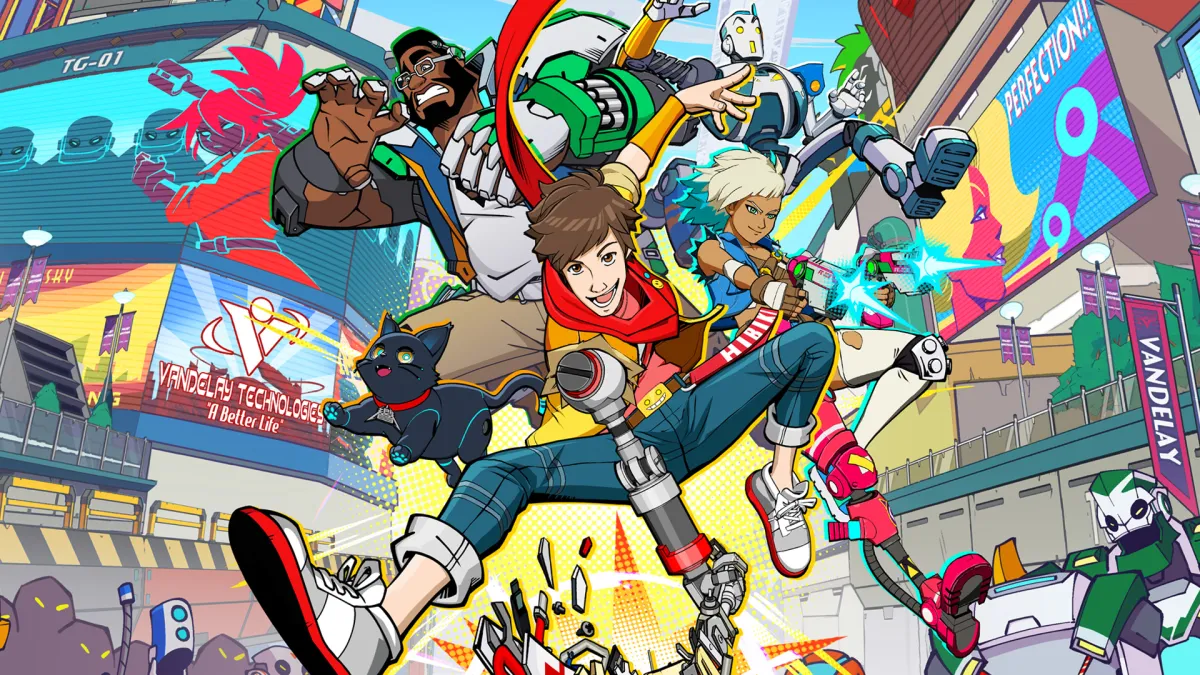 Microsoft updated Xbox gamers on what they can expect in 2023 during a special Developer Direct live stream where it also revealed a brand new game you can play right now!

The 45 minute-event from Xbox and Bethesda studios delivered the release date and a new PVP gameplay preview for Minecraft Legends, and the release date for Arcane Austin’s eagerly-awaited vampire shooter Redfall. It brought us up to speed on Forza Motorsport, and showcased a new trailer for Elder Scrolls Online expansion.

However, perhaps the biggest news was the announcement of Hi-Fi Rush, a brand new rhythmic action game from Tango Gameworks, which is available on Xbox Game Pass right now!

Here’s everything Microsoft revealed during the event.

The show started with footage from Minecraft Legends’ brand new multiplayer mode called PVP. The cross-platform mode is a 4-on-4 online battle where Minecraft fans can focus on their own skills, while contributing to the wellbeing of the team.

Gamers can lead the attack, or focus on building impenetrable defences. Both teams will need to be wary of the Piglins enemy, who don’t care which side you’re on. Minecraft Legends comes to Xbox, PC and Game Pass on April 18.

Turn 10 was next up to give us a look at the Forza Motorsport remake. While there was no announcement of a release window, we did learn the game will have 500 cars available at launch and five new and exclusive locations. It’s the “most technically advanced racing game ever made,” the developer says, and will include fully dynamic weather and time of day settings. Audio has been mixed for Dolby Atmos.

You can see the Forza Motorsport showcase below.

The surprise package of the event (for those who missed the leak) is Hi-Fi Rush from Tango Gameworks – the developers of The Enemy Within and Ghostwire Tokyo. The game looks like a ton of fun and is available on Game Pass right now.

“As wannabe rockstar Chai, you’ll fight back against a sinister robotics enhancement conglomerate using rhythm-amplified combat where everything – from the motion in the environment to the blows of combat – is synced to the music,” Microsoft writes on the Xbox Wire blog.

The next expansion for the Elder Scrolls Online is called Necromancy and it arrives on June 20. Here’s the reveal video.

The event finished with a deep dive gameplay trailer for one of the biggest Xbox AAA games of the year – Arcane Austin’s Redfall. We now know the game will be out on May 2 and here’s what Microsoft made known during the Developer Direct event.

There was no mention of Bethesda’s other big hitter Starfield, but Microsoft is planning a standalone event for what’s expected to be an absolute blockbuster when it arrives later this year.