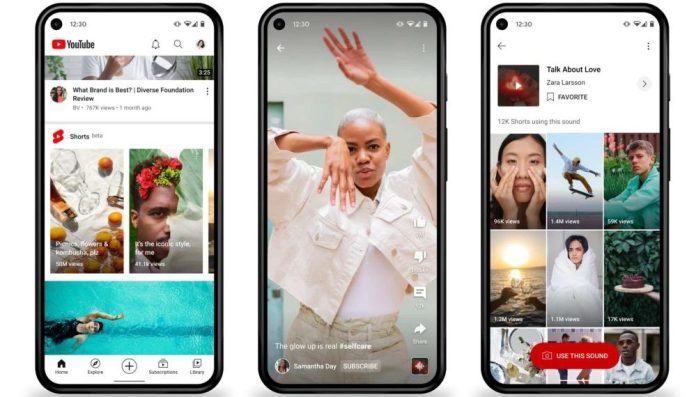 YouTube brings a new update for its users, and it is rolling out for all users globally. The latest update separates the Shorts and Live videos on the platform from long videos.

With the new update, YouTube is making Shorts videos a little easier to find. Previously, all short videos appeared with long videos, sometimes making them difficult to differentiate. Now, there is a dedicated tab for Shorts and live videos. These tabs are visible when users open a creator’s channel. Previously, all videos appeared in a single video tab which might confuse users to differentiate between long and short videos.

The new update will no longer show any short and live videos under the video tab when users open a creator’s channel. The update is gradually rolling out to all users globally and on all platforms like iOS, iPad, Android, web version, and YouTube TV app.

YouTube has already announced a few more changes to its platform, and these changes are on the looks of the app and web version. For now, the channel details are shown differently, and there is a visual change in the look of the like, dislike, and share buttons. Google has also introduced ambient mode on YouTube, and the dark mode of the app and web version is now darker. The ambient mode will shift the background color when a video is playing based on the colors of the video.

Another new change recently announced for YouTube is the ability to zoom a video up to 8x. This feature was previously announced as a test feature in YouTube Premium, but now it is also rolling out to regular users. The timeline for these features’ availability is not yet known, but they are gradually rolling out to all users globally.