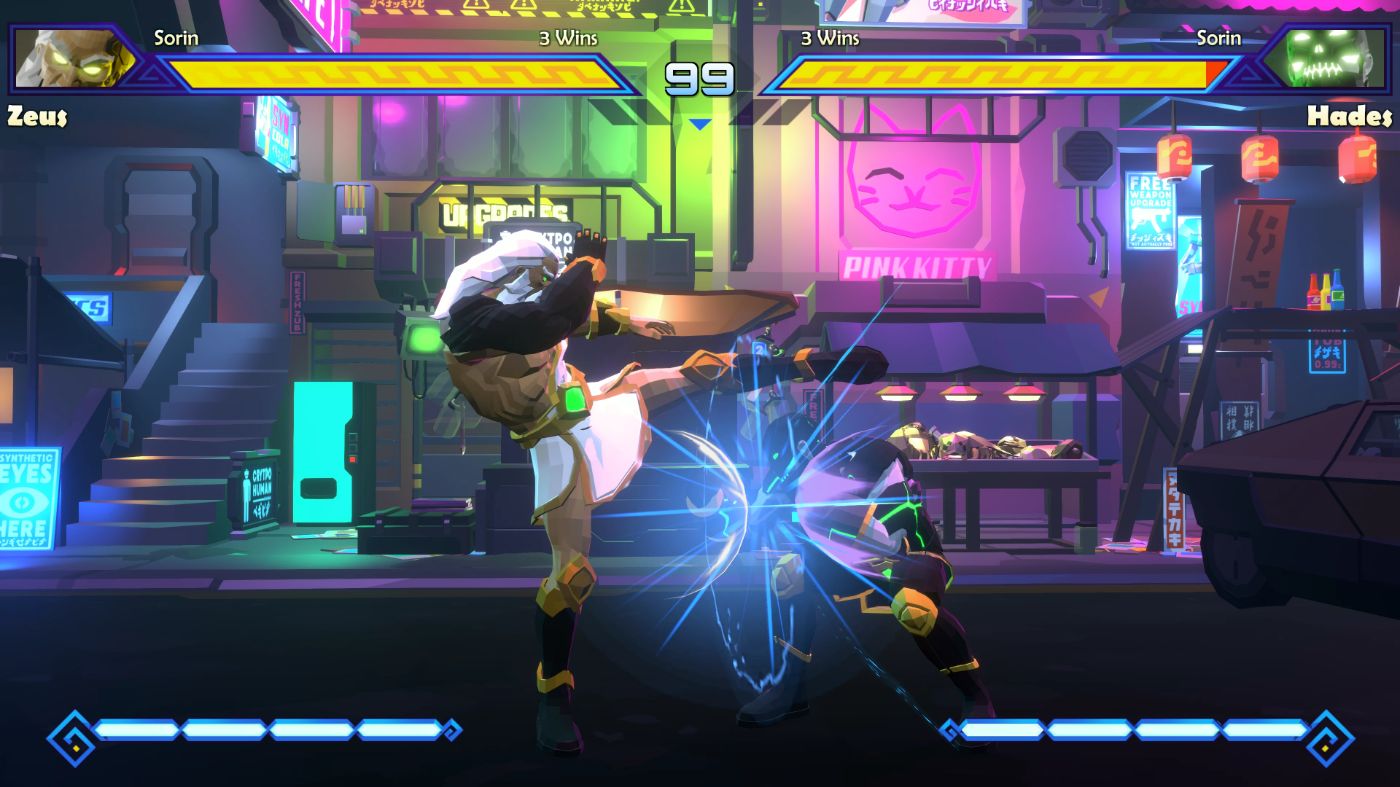 Since announcing Battle of Olympus, we are happy to see the community enjoying the game we released and the content we’re publishing.

This article will provide an in-depth description of the mechanics and animations for our game. Without further ado, let’s dive right in!

Early in development we decided to take a less is more approach to the gameplay mechanics. In Battle of Olympus, all you need are 3 buttons. Without counting the movement keys, commands like punch, kick and rage will give the player many opportunities to unleash devastating combos coupled with unique movement abilities to bring your opponents to the ground. After we did the math, it comes out to about 24 possible combos.

Battle Of Olympus has been heavily inspired by Tekken and Street Fighter, however, there will be no commands for blocking. After discussing this with the team, we figured it would be a good approach for players like you to learn your opponents playing – style and lean away from all the button-mashing.

The only way your character will auto-block is when you are idle.

When it comes to punching and kicking, we’re keeping it simple. Punching in Battle of Olympus is faster, but will deal less damage than kicking.

In contrast, kicking will be much heavier and deal more damage. Each move will have different effectiveness depending on the situation. We believe this will force the player to plan their next move more precisely.

If you combine these two aspects of fighting with the movement effects, there will be a layer of complexity that will separate those players who are just fighting on a whim from those ones that are looking for a tactical advantage in making their opponents eat dirt.

After we perfect the animations, there are textures and effects that we apply and effects. We get something that looks like this.

The animations need to flow well with the combos to appear natural. What you see above is something close that we’re aiming for, albeit the content of this article will be subject to change during the development process. However, if you’re interested in taking part in Alpha Testing, .

Rage is another central component in Battle of Olympus’ gameplay.

Rage is a meter that fills up as you are executing combos and dealing damage to your opponent. You can spend this power by using less aggressive combinations of moves. However, if you wait for the bar to fill up, you will be given the power of the gods to smite your foes with debilitating combos.

With all of this in mind, we thought it would be cool to introduce you to the story in Battle Of Olympus. Every good fighting game should have a story for you to enjoy in the midst of bloodshed. Without spoiling too much too early, here is a little snippet (look out for a full overview in the near future!).

Olympus wasn’t always a battleground. During the city’s 100 year anniversary, peace and harmony reigned before the chaos began. At first, the Gods were for the people, curing diseases and extending the human lifespan beyond what many thought was possible. But in the last few years, the gods became reclusive and people went about their business. Because of this, the city was exposed to threats and the streets became unsafe, ravaged by reckless fighting and destruction. And in the background, Zeus could be heard, challenging the gods from the high rises, taunting and issuing challenges to mortals.

For now, we hope you enjoyed this deep-dive into our mind set and sneak peak into the development process for Battle Of Olympus and we can’t wait to share more information on our game in the coming days and weeks. Make sure to . See you next time, Revenants!