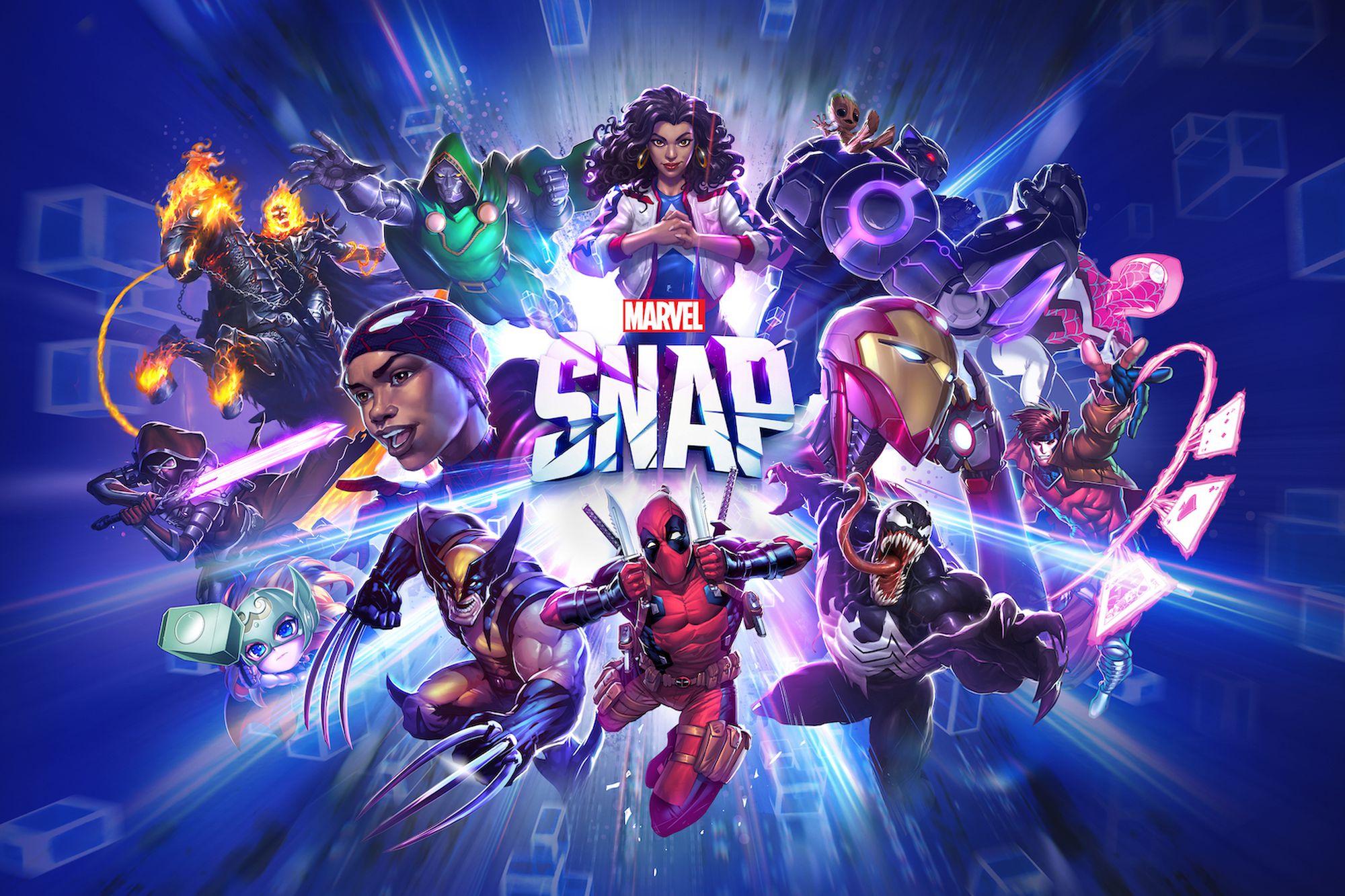 There’s a very good chance that you’ve seen Marvel Snap advertised online in recent days. But what is it, and why should you care?

We’ve created this guide to explain what Marvel Snap is, and how you can join in on the fun for free.

What is Marvel Snap?

Marvel Snap is a new free-to-play card game that’s available on Android, iOS and Microsoft Windows. It launched in October 2022.

In Marvel Snap, you’re able to build your own virtual deck of cards. Each card features a Marvel superhero, including well known characters such as Iron Man and Hulk, as well as more niche figures such as Squirrel Girl and Blue Marvel.

Despite the name, this Marvel card game does not play like classic Snap. Instead, it’s more akin to The Witcher’s Gwent. Every card has a power rating assigned to it, with a higher number making it more valuable. Certain cards have unique abilities assigned to them too; Quicksilver is always drawn first, while Iron-Man will double the points tally of all the cards in the same location.

You’re able to use your deck of cards to fight against the AI or other human players online. Winning games will provide you with Credits and Boosters, which can unlock new cards and upgrade those that you already own.

While Marvel Snap is free to play, you’re able to use real money to purchase in-game gold that can be used to unlock variant cards. A variant card will have the exact same hero, ability and power as a card you already own, but will have different artwork to make it look a little more unique.

You can also spend £8.99 for a Premium Season Pass, which allows you to unlock additional cards. For example, the Symbiote Invasion season pass allows you to unlock cards such as Miles Morales Spider-Man, Carnage and Spider-Woman. These cards are still available to those who refuse to pay for the season pass, but you’ll need to rely on luck when unlocking a mystery card instead.